I’ve been writing for twenty years and before my twins were born I had the time to spend hours in front of my computer. I know of people who are capable of sitting six to eight hours straight, every single day just writing, but that was never my thing. I need breaks now and again. My largest amount of time without a break was probably three – four hours, but that was way before my children entered my life.

Now that I have kids, I find my time is quite stretched. In 2011, when my first novel got picked up by a publisher and I needed to edit it, my family was very gracious and gave me the time I needed to get it done. When I wrote the sequel to that novel, they were still generous allowing me time to do it, but not nearly as happy about it. In fact, they were quite vocal about being annoyed. Now? I swear if they give me fifteen unbothered minutes to write, it’s a miracle.

I don’t know what it is. Maybe they feel like the work I’m doing is intangible. It’s not like I’m making any real money or getting any real fame. Nor am I selling all that many books. When I say, “Please, I’m working towards a dream,” I get a strange look. I don’t know if they quite believe that dream can actually be had or not, and that’s sad. I keep telling my kids that you have to try. Nothing is easy and you just have to work hard towards anything you really wish to accomplish. Then again, it could simply be that they want my attention and I have this guilt that maybe that’s what it is. I try to do it all, but I just can’t.

Unfortunately, no matter how much I ask my family, I’m not getting the time I really need. Every single one of them are either outside my door, or sneaking into the room with me to get something, or loudly having arguments which I eventually must come out to settle. If I leave the house to write, I feel their frustration when I leave. It’s been difficult to say the least. So, I’ve tried to find ways to get this done without the constant resentment. I tried to write late at night when everyone was asleep, but frankly, I’m tired too. I already get up at 6:00 am, any earlier and I’m wiped from the night before.

So, just this past month I changed my commute that I’d been doing to NYC for the past ten years. Now I’m taking a train to work, instead of driving and standing on a crowded subway. This way I can bring my laptop on the train and write. This commute costs more money and still offers only snippets of time, 20 minutes here and 20 minutes there (because I have to change trains), but it’s something. And if I don’t have a lunch appointment, I’ll find a place, hunker down with a salad or sushi roll, and just write for an hour. It’s helped me tremendously. I got tired of telling my family that “based on their behaviors none of them are getting in the dedication of my next book!” (like a little kid having a tantrum and that’s my biggest threat, right?)

One day, when all the books are out there and maybe I can make an income at it, or not, my family will realize what I was working towards and they’ll understand. And, deep down I know they do and I know they support me. My son read this blog before I posted it and looked at me with big eyes. “I’m sorry, Mom. I don’t think what you’re doing is intangible. I think I understand now.” 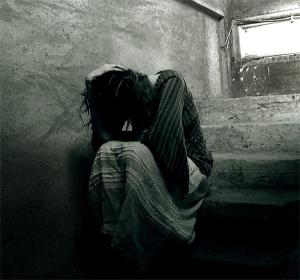 Definition from Wiki: The school of method acting is a family of techniques used by actors to create in themselves the thoughts and feelings of their characters, so as to develop lifelike performances. The “method” in method acting usually refers to the practice in which actors draw upon their own emotions and memories in their portrayals, aided by a set of exercises and practices including sense memory and affective memory.

I don’t know about you guys, but I definitely do this in my writing. When I develop a character, especially when writing in 1st Person POV, I become them. I experience their experiences, I feel their feelings. They can be male or female, but in 1st person POV I assume their identity as I write. So here’s the story: For some reason last month, I put down a thriller WIP I was about 20K into and picked up a novel I haven’t touched in about a year. It’s a very dark book, dealing with emotional issues, abuse, neglect, but is also quite powerful in that it’s about the main character overcoming obstacles and finally coming to a place of peace. It’s not the type of book I normally write, but for some reason my muse was calling to me and I picked it up and in just a few weeks I went from 20K to over 46K.

The problem is, it’s been an emotional few weeks personally for me for a myriad of reasons; family, friends, perceived slights, just life stuff. Nothing major and nothing that most people don’t normally go through. But, I’ve noticed I’m also more sensitive than normal. After a very brooding week, I realized I may have been channeling my character too much. I have been going back and editing the book and at times it’s a very sad, dark place. The sheer misery of what I put my poor character through is not something I’ll discuss, but I had a need to put it down on paper. This damaged soul just sits with me all day, hovering right behind me, gently touching my shoulder with her fingertips if I’m not writing. She just waits there to remind me that her life still needs to be resolved. If you’re like me, you never really “turn off” your characters and they play in your mind like little daydreams all day long.

I think this is what has happened to me. I realized that I was letting my character’s emotions invade my reality. After some thought on this, I decided that I’d tapped into what I’m going to call “The Method Act of Writing” where just like actors who completely delve into a character to portray them realistically, I’ve done that as a writer, and maybe too well.

Knowing I have no intention of stopping this WIP, I’ve decided to find moments in my day where she’s not living with me. I took three yoga classes this week to clear my mind and focus on positive thoughts. And then a funny thing happened. In my edits, I’m now on a chapter where my character is afforded the slightest bit of reprieve of happiness. Not to mention, I’m also in a better mood, too. Coincidence? I don’t know, but both me and my character are happier for it for the moment.

So I leave you with this. Keep your characters with you, but if they are emotional wrecks, let them exist behind a door when you’re not working on them. It could be a glass door that you can see through and still know they’re there, but if they’re in trouble, let them stay in trouble on the other side of that door until you’re ready to help them. Because if you open it, they’re here and you’ll have no choice but to write them back behind that door. It’s a hard thing to do, and if you’re like me, nearly an impossibility, but try.

Has anyone else had a similar experience? I’d love to hear that I’m not the only one that’s one step away from the asylum.

Also, please feel free to come on over and like my author page at http://www.facebook.com/elysesalpeterauthor for updates. Would love to see you there!